A blog by Angelina Siracusa, University of Kent

This blog was born from our collaboration with the University of Kent and attached to our production of The Last 5 Years by Jason Robert Brown.

Anyone who has presented an idea to a group, or worked collectively towards the success of a goal, will know the value of communication. The world of acting and performance is built upon communication, trust, and a shared desire to see all the hard work and long hours pay off. I have had the privilege of acting in performances for my county’s largest theatre, but have also come across barriers, as someone with a physical disability, that my fellow actors don’t experience. I have, however, always had the luxury of being able to verbally communicate with them to find a compromise. I had not really considered that verbal communication may be a potential barrier for others, as my physical disability is for me. I took it – as I’m sure many of us do – for granted.

As much as the industry tries to encourage inclusive casting, it was still a shock for me to discover that the first theatre company in the UK to be deaf-led was Deafinitely Theatre, only recently established in 2004. In comparison, America has had similar companies which have been established since the late 1800s, and certainly since the middle of the 1900s. It seemed clear to me that we, as a country, had to work towards changing that – and one of the companies working to bridge that gap is Leeway Productions.

Leeway Productions is helping to pave the way for more intertwined theatre between deaf and hearing performers. A brilliant example of their work which showcases this, and I was privileged enough to see, is their take on the musical theatre piece The Last Five Years. The basic premise of the play revolves around two main characters: the ambitious writer Jamie and struggling actor Cathy, and their short but significant relationship. The emotional impact of the performance, and the admiration I had for the time and care taken to bring it to life, went far beyond what I was expecting.

In the programme for the play, director Angharad Lee states that The Last Five Years should not be interpreted as simply about a couple and their relationship, but ultimately about how the failure of their relationship signifies a communication breakdown. For me, I was struck by the way the two halves of the one character (played by a deaf actor and a hearing actor) interacted. In our hearing-focused culture, we tend to put considerable emphasis on verbal dialogue – but this proved to me how theatre can be just as impactful, if not more so, without a single word being verbally exchanged between them. It allowed for the audience to feel a sense of intimate closeness with, and understanding of, the internal life of the characters, which is often hard to achieve in a visual format. The characters of Jamie and Cathy failed to understand each other because their ways of communicating differed, even if their intentions did not.

It was this concept – that anything can be achieved by anyone, as long as it is communicated with patience and in a way that is understood – that I, and fellow students from the University of Kent and the University of Portsmouth, took into our creative workshops. Some of those schoolchildren, from local Welsh schools, had never engaged in performing arts workshops before, and levels of confidence varied amongst the groups. The workshops were a wonderfully engaging experience for all, despite these perceived obstacles, and often by the end of our time, many of the schoolchildren had renewed confidence and enthusiasm and – most importantly – belief in themselves and their abilities. This was largely down to the supportive environment of their fellow workshop attendees, and the guidance from us. Communication, support, patience and understanding can make a big difference to a person’s life. This was a small-scale version of the much larger triumph of Leeway Productions’ The Last Five Years.

I would be thrilled to see what people could do – with projects that encourage diversity and inclusion, like Leeway’s The Last Five Years – if those projects were given more resources, more time and more mainstream exposure to the wider public. I have already seen what can be achieved when one person decides more can be done to level the playing field. 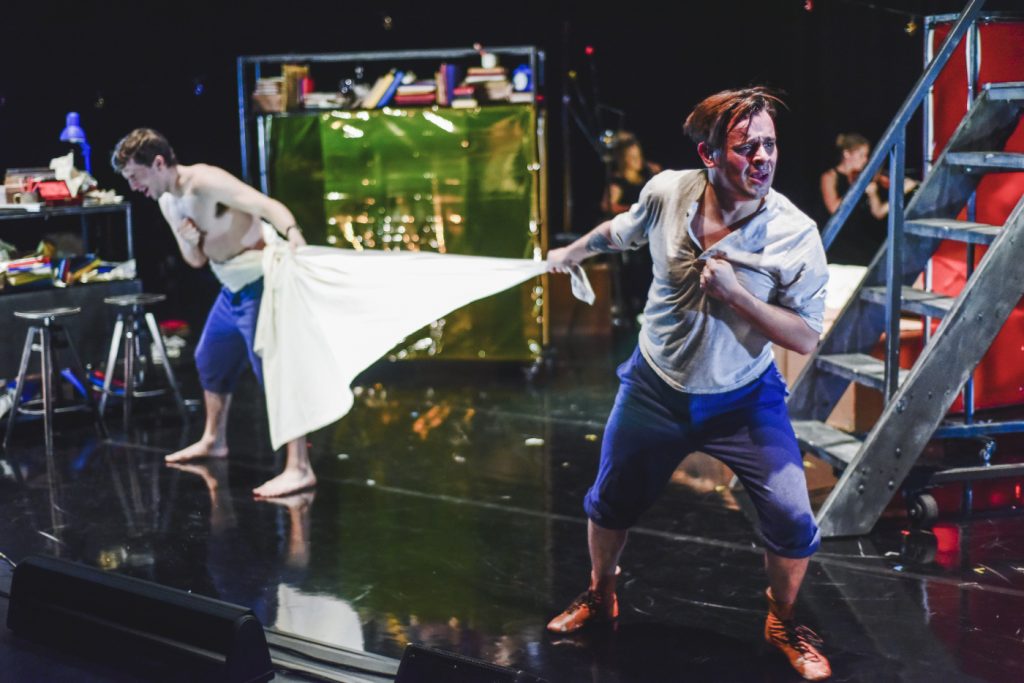