A Blog by Annwen Adams, University of Kent

This blog was born from our collaboration with the University of Kent and attached to our production of The Last 5 Years by Jason Robert Brown.

“I wish for a world that views disability, mental or physical, not as a hindrance but as unique attributes that can be seen as powerful assets if given the right opportunities” ― Oliver Sacks

Transcending the corporeal, the arts are considered universal in their value to audiences and promote physical and mental wellbeing. Leeway’s ‘diversity confident’ production of The Last Five Years, is an ‘artist-led’ performance, which encompasses accessibility and inclusivity from the ground up. Choreographed by Mark Smith, who is deaf, the performance exposes audiences to Smith’s ‘choreographic language’ which incorporates American and British sign language. Merging production, accessibility and the dynamics of the musical allows the audience, whether hearing-impaired or not, to embrace and envision artistic opportunities for everyone. Leeway’s centralisation of inclusivity represents and reaffirms ‘disability identities’[1] (Zhang, 2013), which transcends the social and political prejudices which individuals with disabilities may encounter. As such, Leeway’s ‘diversity confident’ production allows audiences too to view their ‘unique attributes’ with confidence and allows a space for physical and mental wellbeing. Combined with student-led workshops, Leeway’s work brings accessibility and inclusivity into the community, promoting interdisciplinary approaches to the theatre and the arts.

Social experiences of prejudice and discrimination as well as ‘negative media representations of disability’ (Zhang) can affect the mental wellbeing of people with disabilities. Leeway’s incorporation of positive, non-peripheral representations of sign-language, choreographed language and song deconstructs the binary of spoken and visual language. These deconstructions facilitate the affirmation of identity in hard of hearing and deaf communities, presenting a space in which they are socially included and meaningfully accommodated for. This inclusion was carried on by the student-led workshops where simple signs were taught to the participants and included in tableaus and dance routines. Extending the inclusivity to community-based workshops encourages the discourse of diversity and inclusivity to move further into the realm of the social, shaping how future generations approach issues such as deafness. Describing the embodied experience of theatre, Phil George, chair of the Arts Council Wales, describes the ‘forming and shaping’ of something felt ‘internally’, which is transferable to mental wellbeing, disability and prejudice. Allowing young participants to engage with the theatre through confidence building exercises that incorporate different physical or internal perspectives, Leeway’s production facilitates the reimagining of cultural awareness of accessibly in the arts.

The Last Five years was performed in several venues throughout Wales, including the Wales Millennium Centre. Leeway’s focus on accessibility and inclusivity negotiates the issues of space and access in its venues, with all sites providing blue badge parking schemes, accessible entrances and bathrooms and sound enhancement facilities. Here the artistic inclusivity encroaches on the social by navigating facilities available to audiences. Ensuring the wellbeing of audience experience perfectly aligns to Leeway’s foundations of positive representations of disability, allowing access to both performers and spectators alike. Leeway’s production of The Last Five Years sets a standard for artistic representations and inclusions which promotes professional and emotional wellbeing that demands a more thorough entanglement of access and the arts. 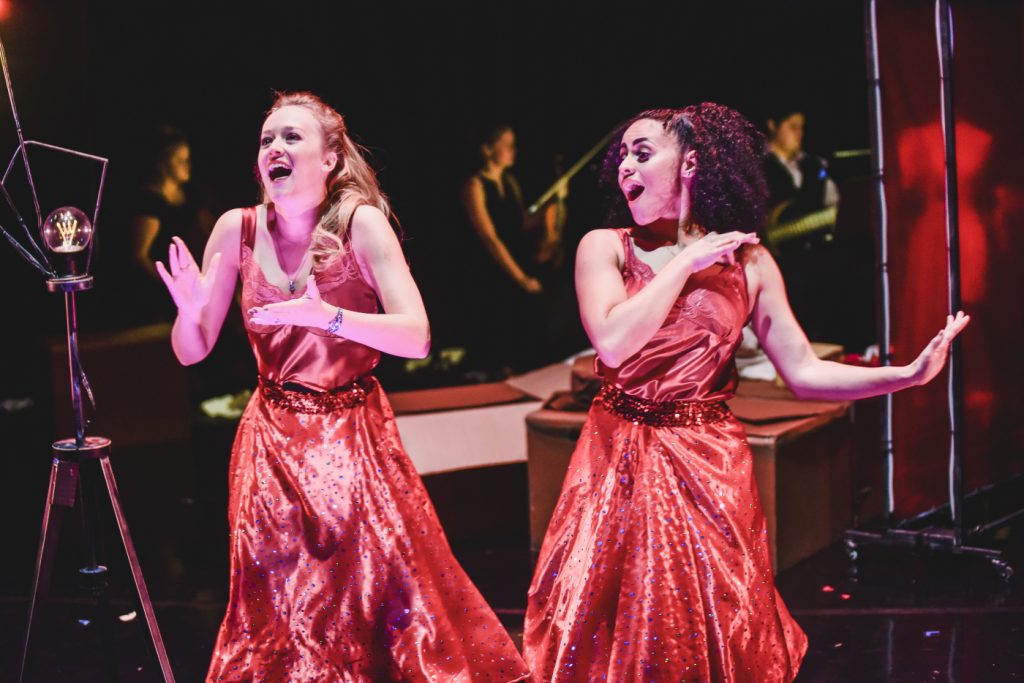