Menu
Reflection on my 10 Minute Musical by Ciaran Fitzgerald

Going into the project, I wasn’t really sure what to expect. I hadn’t written for musical theatre before, but I was excited to see the opportunities which the medium provided.

On the first day at the Ffwrnes theatre, the warmth and inclusivity of the room struck me. I felt that I was able to share ideas and opinions within a safe space, and this added to the lucidity of the creative process. All of the other participants were supportive and non-judgemental of others processes, which was incredibly valuable.

For me, the most important exercise of the process was the initial one, where we personified an object. This led into the creation of the character which formed the basis of the musical. It was quite freeing to write a character that I wouldn’t ordinarily look at exploring. It was fantastic to have the space to create without the pressure of an end product, the space to explore without judgement or criticism.

I really enjoyed my collaboration with Matt Apsitis. I felt we were on the same wavelength in terms of a composer-writer relationship. It was really helpful to brainstorm ideas at the beginning of the project which really set the tone for the rest of the project. I also felt that Matt was fully onboard with my ideas and what we were creating. Matt’s composition was excellent and it was fantastic to see a composer at work, I hope that I added somewhat to that process. I really look forward to working with Matt in the near future.

It was fantastic to learn more about the structure of musical theatre, which is not something that I had much knowledge of before Ten Minute Musicals. I was surprised how regimented the structure seemed, but I soon got used to it. In some part, it was nice to have that structure, which guided us towards the end product. Working with actors on the second day breathed more life into the musical and gave new insight into what we were creating, and was incredibly valuable.

I very much look forward to developing ‘Take this Waltz’ further with Matt, and seeing where it can go. I see this as the start of an exciting collaboration between the two of us, hopefully bigger things are to come from this collaboration. I’m really excited to see where it might lead! 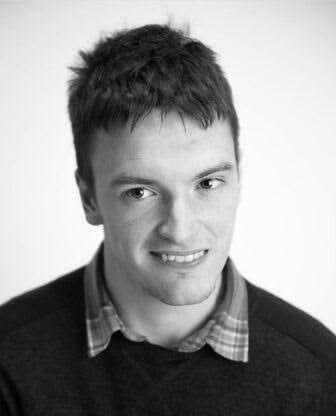