A Blog by Lucinda Weber, University of Portsmouth

The concept of the American dream is presented throughout the musical as the characters seek to make a living and have a successful career from doing what they love. The highs and lows of their careers reveal to the audience how their desires are strong to the point where their emotions and relationship are affected. However, despite the American dream’s focus on achieving wealth and success through career progress, it is Cathy and Jamie’s relationship that is at the forefront of the musical. Brown’s writing seems to ask the audience to root for the couple’s love. Ultimately their careers draw them apart, challenging the audience to decide which is worthier of support: their careers or their love. Brown’s musical has similarities to Telenovelas, a serial drama genre which originated in Latin America and where relationships typically carry the most importance in the plot. This importance of their relationship is frequently tested by the characters’ lifestyles as well as affairs, as seen in The Last Five Years, where the affair is a catalyst, ending Cathy and Jamie’s relationship. Brown heightens the storytelling as all the songs are sung either by Cathy and/or Jamie, focusing the audience on the two characters rather than any external characters. This makes for an intricate, fragile musical. Brown extends this fragility by revealing to the audience at the beginning of the musical that their love ends. This technique is iconic and stems from English playwright William Shakespeare’s play, Romeo and Juliet, where in the prologue he reveals ‘a pair of star-cross’d lovers take their life.’ Interestingly, in Brown’s musical, Jamie tells the story in chronological order and Cathy does the opposite. The love displayed in the beginning of their relationship by Cathy is passionate and magnified by Brown’s emotive music. This extravagant indulgence in romanticism typically stems back to Italian operas, especially in the romantic era. The Last Five Years combines classical literature techniques with modern techniques challenging the traditional linear narrative, perhaps suggesting love is timeless.

Within The Last Five Years we can see links to many cultures such as Latin America, with the use of telenovelas and European romance, drawing from Italian Operas and famous English playwright William Shakespeare which suggests that romance is a universal topic. Is The Last Five Years American? America’s culture is built upon many cultures, and as discussed previously many cultures can be seen in The Last Five Years. Did Brown intend The Last Five Years to relate specifically to America? Interestingly he avoids politics and historical moments in the period of the musical. The musical could be set anywhere in modern society. Leeway’s production of The Last Five Years uses dance, physical theatre and sign language to add to the narrative of the story. These languages added through use of movements help to expose the characters’ emotions to understand this love story further and exemplifies how this musical might appeal to not only many cultures but also many communities. The romantic musical genre of The Last Five Years appears to be at the forefront of the musical, love being the overriding factor relating to cultures universally. American culture seems to play a less important role in The Last Five Years’ love story. While Cathy and Jamie both aspire to follow their dreams, it is ultimately their difference in success and loyalty which ends their relationship, suggesting love’s survival depends on the relationship between people and not environmental factors. 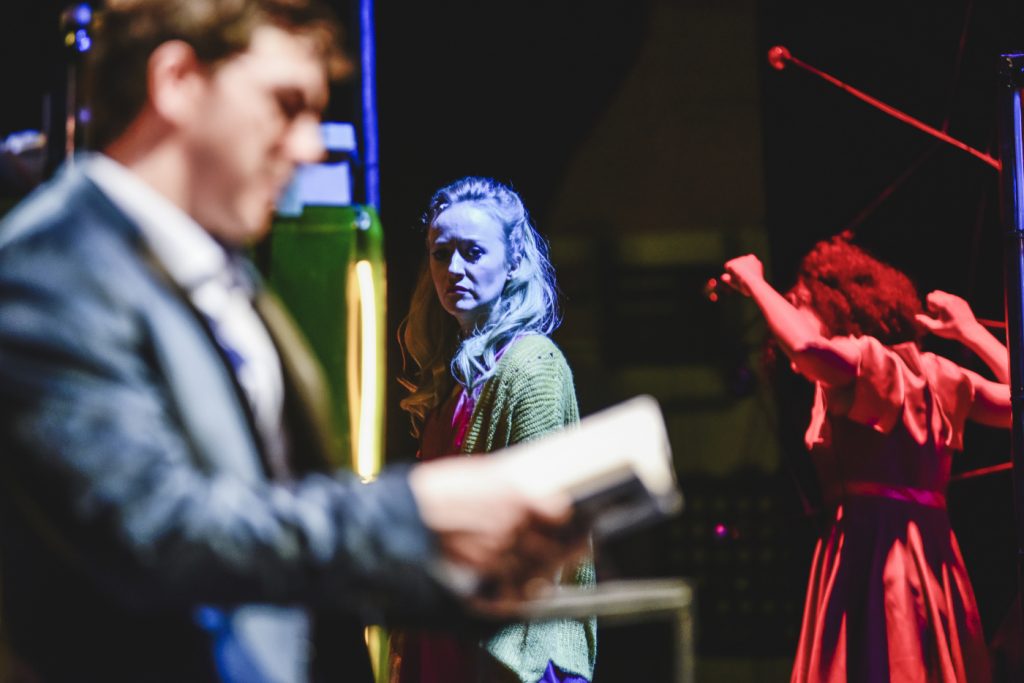